The Generative Orientation: The Land of Cause 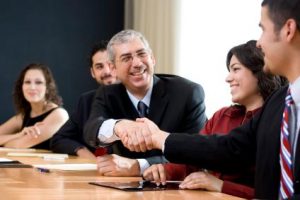 As a CEO or business owner, achieving consistent growth, improving performance and sustaining strong profitability are obviously important elements of your leadership. Yet, in order to create a business structure that allows for all of that to be a consistent part of the organization, it is necessary to understand reactive behavior.

We must both understand the danger of reactive behavior and also know how to eliminate the source of recurring problems that never seem to go away. This seems like a very tall order for any senior executive or business leader because, although you can take away the source of problems or “fires” that always seem to happen, the reactive behavior itself is not something that can be “beaten”.

Truth, by definition, is the only thing that exists. All else is an illusion. False, by definition, does not exist. It is not real. It is an imposter. A quick glance back at a list of reactive behaviors will expose them as being based on illusions. However, for something that is not real, they surely do seem to control most organizational behavior.

Fundamentally, illusions are deficit driven. They are based on a belief that you do not have enough of whatever you think you need and that more (or less) of whatever you have would be better. This belief is deeply rooted in our self-serving human nature. Serving one self leads to all types of aberrant behavior. Separation, loneliness, fear, anxiety, and or the need for control, power and domination are all rooted in self-serving behavior. They are all illusions of the mind.

Let’s take another quick glance at these illusions from the Reactive Orientation:

First, there is the seduction of power and control. This is because you feel out of control when reacting to events. The belief an event caused things is at the source of this thinking.

The belief that there is not enough time, money, resources, etc. is based on a deficit way of thinking. The truth is, what you have and how things are is the way they are. The way things are is as good as it gets.

Believing in events lacks a historical and future perspective on the world. It is a blindness that only sees what gets your attention when it gets bad enough.

Looking out for number one, a common condition in business as in life, fuels everyone around you looking out for themselves. This is survival behavior. It is fear based.

Organizational blindness comes from not seeing the underlying structure that causes patterns and trends to form. It is rooted in a point of view that things happen to you and someone is to blame.

Organizational addictions are quick fixes based on a belief in problems and solutions. Cause does not exist in this world of reacting to symptoms.

Panic and anxiety are based on fear of loss of face, time, money, control, position, etc. What you are afraid of losing has control of you, not you of it.

These seem like admirable foes. However, they cannot be overcome, because they are not real. They are all based on a false premise. Because they are false, they are threatened by everything. They are not grounded in governing laws and principles. They are caused by the violation of them. They are not based on a perception error that causes a way of thinking, seeing, deciding and behaving that leads to reactive behavior. They are based on other things, people or conditions controlling or determining actions and results.

The Reactive Orientation is almost totally based on what you think you see external to yourself. It is determined by what seems to be outside of you. What upsets you seems to be caused by something (an event) outside of your control. Self-serving, carelessness, errors, misperceptions, and/or your own bad fortune and incompetence seem to dominate, thereby placing blame on someone or something. In any case, it always is determined to be outside of one’s control.

In a Generative Organization, you create the future. Creation is based on fundamental truths, governing laws, principles and the truth. Only the truth is not threatened.

Governing laws, principles and truths, when absorbed, assimilated and digested form a guidance system for generative thinking. This way of thinking determines and forms the basis for developing a model from which one can determine the future. The future is created by the ability to implement strategies that control your destiny.

When the integration of laws, principles and truths takes place, energy is released and the power they contain thrives and expands. They dissolve the very core of the reactive world of seduction, illusions and false beliefs. They are simply gone. They never existed.

If you take a deeper cut at things, and make a quick study of science, it reveals that there are laws and principles that actually control and govern (cause) most everything that exists.

There is Sir Isaac Newton’s Law of Nature (i.e., Gravity) and Dr. Albert Einstein’s Theory of Relativity (space and time). These laws and theories are the essence of cause. Cause is anything producing an effect or result. Cause by its nature is invisible. It cannot be seen. Only the effect or result is visible.

The laws that govern the Generative Organization are: cause, giving, dominion, control, perception, essence and nature.

The principles that govern the Generative Organization are: consequences and feedback, serving, expansion and reflection.

Just like there are certain elements of nature, i.e., the oxygen, land, and water that support life, there are executive elements within an organization that a leader controls.

In order to create the future, it is essential to develop a perspective that is grounded in the way the world works, that understands the nature of man, and sees how everything is causally connected. Generative thinking is rooted in this perspective.

These ingredients are what need to be carefully prepared, mixed together and heated till they reach a boiling point. They need to be constantly stirred while boiling until they become integrated. Just like a chef who prepares a wonderful stew, you must stir the ingredients in the pot until the stew thickens.

Because these ingredients are known within ones mind, the leader of a Generative Organization must become a conductor of his/her way of thinking. He/she must master a way of viewing reality that elevates one’s vision to see these principles and laws and work with them. He/she must develop clarity of focus based on structural principles and high leverage points.

In our next piece, we will break down each one of the “ingredients” for generative leadership. Let’s discuss your thoughts on reactive behavior and organizational success.